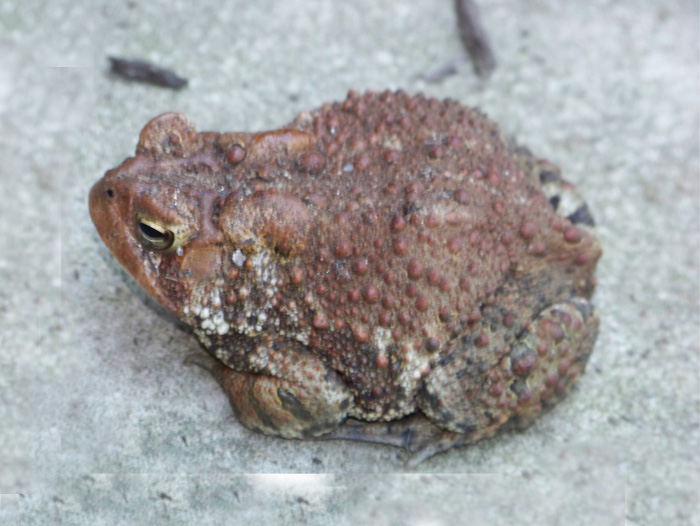 Well, unusual things can happen on a farm….and this is one of them! This is a TRUE story I am going to tell you about a toad at the farm that I named “Mr. Mottle”. Several years ago, as I was cleaning a horse stall in my barn, it appeared that a brown nugget of manure in that stall was “alive”! Something brown and lumpy was jumping up the wall toward the window, which was much too high for it to reach. I was startled, but then I looked closer and saw that it was a large, lumpy, bumpy, brown and green toad! I rescued him by gently scooping him up with the manure fork, and as I talked to him, he appeared to listen to me. He stayed very still and rode that fork like it was an airplane moving over the landscape of the barn. I was able to place Mr. Mottle outside the barn in the farm flower beds. He turned to look up at me…hmmm, was it my imagination or was that his way of saying “thank you”? Many times that summer Mr. Mottle, as I named him for his “mottled colored” skin, followed me down the barn aisle, which was very unusual for a toad! One time, similar to the story, he was hiding in some loose hay just as I was about to plunge my manure fork into it (Book Two, Story Four, horses’ teeth are about to dig into the hay). I saw his beady eyes peeking out just in time! Mr. Mottle always stopped and looked up at me when I stopped to talk to him. Nowadays, perhaps a relative of Mr. Mottle is back at the farm. He’s brown and bumpy and lumpy, too, just like Mr. Mottle. I call him Sonny!

Maddie loves Adventures at Green Apple Acres — she has already read the first three stories. I asked her which story was her favorite and she said ‘I can’t decide because they are all so good’. She is excited to read the next story with me.