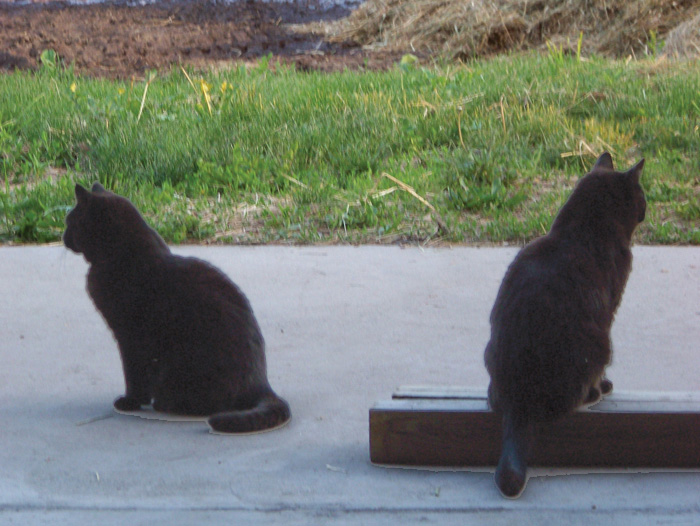 These two cat brothers, both solid black with piercing yellow eyes, were brought to my new farm as young kittens as a gift from a friend from her farm. Two black kittens and one gray-and-white kitten were in that litter. The entire “family” was gifted to me for my new barn and farm. New to any kind of cats, I didn’t know if they would stay or run away, but they stayed and are still at my farm. I named them Raven, Cleo and Angel, but when I had them spayed and neutered and learned that Cleo was a boy cat, I renamed him Theo, for a “cool cat” African-American man whom I knew from a job I had in the corporate world in Harrisburg, Pennsylvania. His name is Theo Braddy. He knows this barn cat is named for him! So, Raven and Theo and Angel still live happily at my farm, roaming the woods and napping in sunbeams on bales of hay…just like all the cats at Green Apple Acres!

Maddie loves Adventures at Green Apple Acres — she has already read the first three stories. I asked her which story was her favorite and she said ‘I can’t decide because they are all so good’. She is excited to read the next story with me.