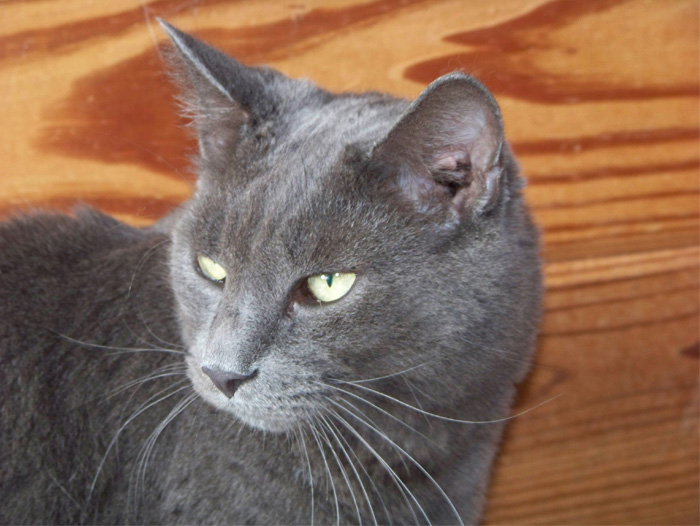 Tinker, all gray, is a real barn cat at my farm. Tinker was actually the inspiration for this story because he really does run everywhere; he never walks! Tinker was born at my barn to a barn cat that was given to me as a gift when I first moved to my farm. Misty, his mother, was a very scared cat and I could not catch her to have her spayed/fixed like I did the other cats. So, Misty got pregnant and delivered four special kittens…brothers Tattoo, Tinker, Totem, and sister, Tikki. Shortly after the kittens were weaned (they could eat on their own), I was able to catch Misty and have her spayed/fixed so that she would not have any more kittens. Misty and her four kittens are featured in many of the stories in my books. Now, Tinker has his own story!

My great niece, Gianna, loves animals and I knew the Adventures at Green Apple Acres book series would be a wonderful Christmas gift for her, so I purchased all three books. Gianna read the stories in all three books and enjoyed all of the adventures of the farm animals. To add to the excitement, I arranged a visit to Cynthia’s farm for Gianna and me. Gianna got to meet Shiloh! Those two bonded like they knew each other forever! We could tell in Gianna’s eyes during our visit that she was on top of the world! Many of the animals at Cynthia’s farm are in the stories of her books. Thank you, Cynthia, for writing these stories. The stories not only give children an opportunity to escape into another world, but also, they teach life lessons. Gianna and I are looking forward to future books and more adventures for the animals on the farm!