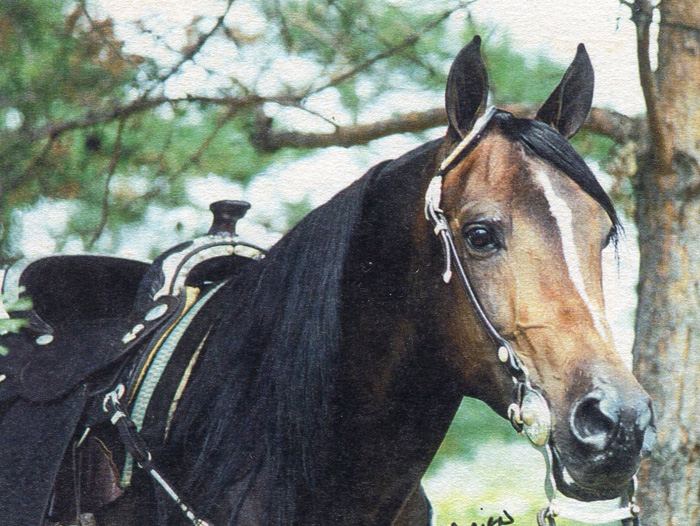 “The Wise Old Stallion Syd” is really my own Arabian stallion. He is gorgeous, full of personality, and very smart. I loved this mahogany bay Arabian stallion since I first met him. Then, two years after I met him, I rode him…he was fast and powerful. Two years after that I purchased him. It was such a good decision! All of my life, I attended Arabian horse shows, standing at the fence or sitting in the bleachers, watching the equestrian riders compete on their Arabian horses. With my Arabian stallion, I was finally able to compete riding him in the show ring in Western Pleasure! I only showed for one season, but the thrill of competing in horse shows, in the show ring, both during the day and “under the lights” at night, are memories I will always treasure. Syd is also the sire (father) of Reina, my Arabian mare, who you read about often in Adventures at Green Apple Acres. There was a time I rode my Arabian stallion every single day and he knew when we were going to ride…he would run in the pasture to meet me at the gate in the late afternoons or early evenings. Those were fun days!

I read Book One and Book Two and loved all the animals and how they talked to each other. I especially liked Shiloh in the first book because I was able to meet the real Shiloh and feed him at Miss Cynthia’s farm. I also like to draw and really liked the pictures in the book. I want to be an artist when I grow up.